(The tremendous loss of my mother in 2004 and my father being seriously ill in 2005 leads me to understand my monumental stress, with the looming loss of my job on top of it all. What a blessing it was to be able to take this vacation adventure).

Here I sit on my birthday, in Phoenix airport with a 5 hour layover. It couldn't be avoided because of the timing  with Open Road Tours shuttle from Williams, AZ. So I'm writing and reflecting....

I rode from Williams sitting near an 81 year old Jewish woman named Rhoda. I know her name because the driver asked both of us our names, and he repeated our names a few times which is probably his practice to remember.  She had visited her daughter who works at the Grand Canyon and has been there for over 22 years. Rhoda said that her daughter owns a 3 bedroom, 2 bathroom trailer at the Grand Canyon. I asked Rhoda what kind of work her daughter does, and how does she manage the isolation of such an unpopulated place. She said that after her daughter graduated from college, she got a job in advertising. She developed gall stones and eventually lost her job for being out sick a lot. Someone came to their town in Michigan promoting job opportunities at the Grand Canyon, and she went to a seminar about it. she filled out an application, and got hired. 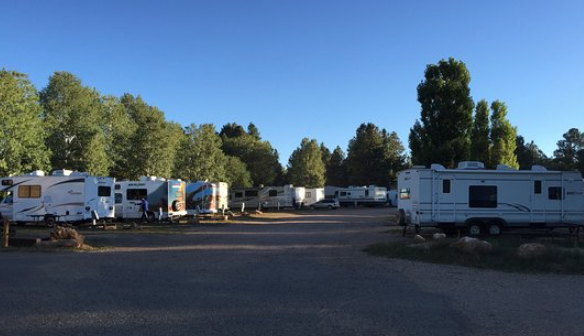 She started out as a maid, then bellhop, then desk clerk and made it all the way to her current job of reservationist. I was intrigued by this. I asked Rhoda what her daughter does for vacations. I let her know that I am currently looking for a new career and open  to all kinds of possibilities.

Rhoda very nonchalantly said, that her daughter couldn't go anywhere because she's too big. Then she rambled on about her visit and I continued to listen, and was silently stunned. She said that she and her daughter ate dinner in the Arizona Room and how her daughter eats free as a park employee. Rhoda said that she and her family had been visiting the Grand Canyon for over 50 years. She said was afraid of the canyon and would not go near the edge. She told me how her father told them they should travel and learn all about the USA instead of going abroad. I told her that since I mostly travel alone for work and pleasure, I have hesitated to travel abroad.

I told Rhoda that I can totally identify with her daughter's anger, and she probably feels helpless in that regard. I let her know that I had bariatric surgery and that if she committed herself to letting it work for her, it is a life changing operation. Rhoda said she was going to try and get her nephew to suggest it to her.

I just shook my head. 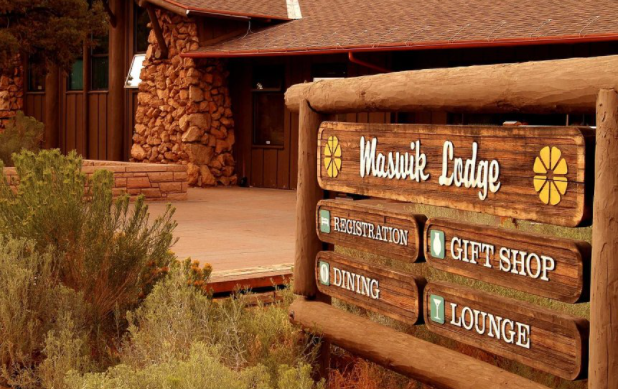 I met some, friendly people on this vacation I must say. Larry and Lori from Palm Springs offered the Word of God to me for comfort, confidence and strength upon hearing of my job loss one afternoon. They saw me eating by myself and asked me to join them. I really appreciated their encouraging words. Then the conversation took a turn when Larry had the nerve to try and suggest that I might make out OK trying to find a job because of affirmative action, since I'm a Black woman. I let him know that every job I have ever worked, I am always paid less than my equals and sometimes less than subordinates. It happens even if I have more experience and qualifications. He then said he was told to change his name to Leroy so he could get a job at an HBCU university. I told him my father was invited to see land to purchase in Florida and when we arrived and they saw that my father is Black, refused to take him to see the land. My father's name is LeRoy. Larry changed the subject after that.

On the van shuttle heading to Phoenix, was a guy who was on his way to China. He suggested that I look into training to be a court stenographer. He told all of us in the van that he could buy a full gear of Michael Jordan apparel for $20 dollars in China. The same would cost him $300 dollars in the USA.

I am finally home and what a flight.....

The flight was annoying because although I had an entire row to myself, these two jerks sitting behind me kept bumping my seat. I turned  around once and looked at the dumbass woman and she said she was sorry. Ugh! She was coughing all over the place and made me want to hold my breath for the entire flight from Phoenix.

For a little while, it was smooth sailing but then suddenly, she's bumping my seat again. I'm thinking she must be crazy or something... worse than a kid. I turned around  and to my complete and utter shock, this jackass woman was sucking this guy's penis like there was no tomorrow! I could literally hear her sucking this guy off and his head thrown back and neither one saw me see them. He had his hand on the back of her head, bouncing it like a damn basketball. It felt like longer but after around 30 seconds I guess, did he notice me looking. It took me a few seconds to register what I was seeing because I was sleep, and her bumping the back of my seat woke me up ROFLOL OMG!  I was so damn mad and considered making a scene and calling a stewardess but the plane was dark and most folks sleep on the red eye flight.

She popped up and I flipped back around in my seat, stunned. I was embarrassed and didn't even know why. They should be the embarrassed ones. I couldn't sleep after that. I tried. They were quiet. No more bumping of my seat for the rest of the flight. 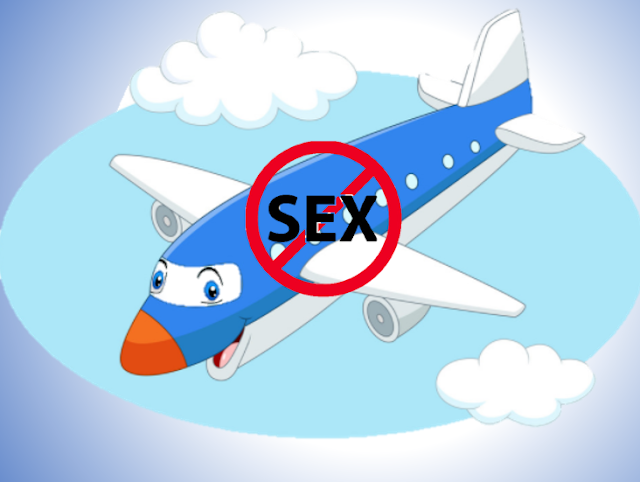 Posted by Cyd Webster Beacham at 6:45 PM No comments:

FTPs we are! Grateful and Blessed

I checked out of the Grand Canyon hotel and sat in the Maswick Lodge cafeteria eating half  of the salad I bought, thinking that I'd save the rest for later. I was reading the book I had just purchased... Over the Edge: Death in the Canyon. A guide who worked in the park told me to read it before I went on the Mule tour. I decided against that because I figured it might make me chicken out. 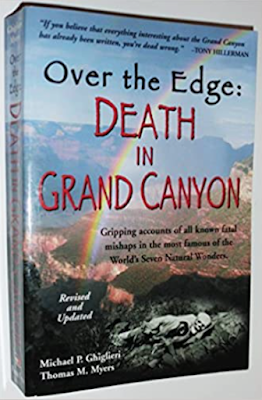 As I sat there reading, I began to think, if I had courage enough, and enough faith to take a risky trip down into the canyon riding a mule, and have survived it... I am meant to be here! Thank you Lord! Granted, I shouldn't need to do something so drastic for confirmation! LOL! 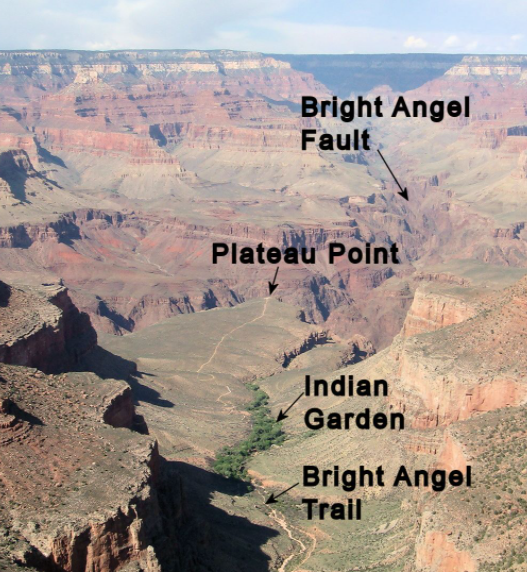 I feel that I shouldn't preoccupy myself with worry about my job as I sat in reflection. I knew that I must keep that in mind. I felt sad that I actually thought, if I should tumble over and die at the canyon, at least I would be relieved of worry about how I am going to live once the job ends, which was a real possibility. Ahhhh the uncertainty. It's maddening. But for the courage to go through with this tour, and surviving the thrill and terror of it, I know I am blessed. At Plateau Point I even tripped stepping over a crevasse toward a cliff that dropped a couple thousand feet. I scared everyone. I didn't realize how unsteady I would be with the spacial strangeness of being at Plateau Point.  After that happened, I was glad to get back on the mule. 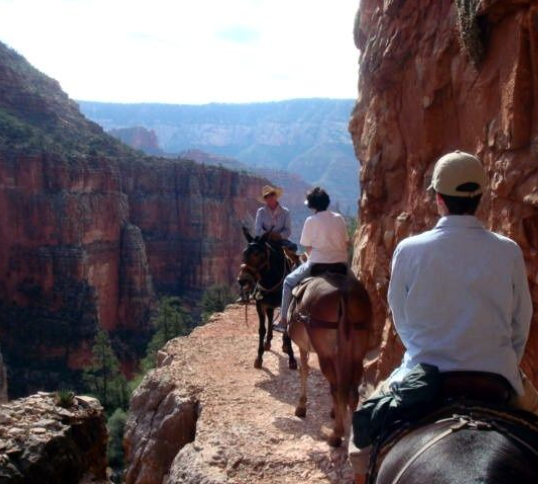 I felt blessed and motivated! I felt optimistic and looked forward to the future.

While at Bright Angel Lodge, I sat there, and looked out at the vast and spectacular view of the canyon. It was amazing to know that it was once an ocean. All the hues from the sun... I sat there realized how grateful, appreciative and blessed I am. It was truly beautiful and serene.

My plan was to head over to the pool and swim a few laps and then soak in the whirlpool because my body ached from my hair ends to the tips of my toenails. I hate when I begin to over think, but I couldn't help but think about the fact that I had seen maybe 6 other Black people the entire time so far. The plight of being Black in the USA keeps me on guard and although I felt no threat, I still thought about 1968 when my parents took us to Miami Beach, FL, and all the white folks left the pool when we got in. Oh well. I decided to head to the pool anyway.

As suspected, I was the only Black person there and the whirlpool was full. I'm kind of creeped out by the idea of being in a public hot tub anyway, so I decided against that. Man! I was really looking forward to relaxing my muscles in that warm water.

I did get in the pool which I feel is almost just as nasty crowded with people and their kids. I told myself that it's a bigger body of water so the germs are dispersed more LOL! The pool was huge though, and I figured it was big enough for me to be ignored. I found space on the far wall of the pool and swam a few laps... got out and felt good! Mission accomplished! A woman sitting on the side of the pool said "Wow. You really got your exercise".

Later, another annoying thing I thought about was that I wanted to bring my Death in the Canyon book with me to dinner, but then realized I wanted to stop in the gift shop after dinner. I worried that I'd be accused of stealing my book. I decided I better carry my receipt. Then I thought about the book mark I bought, and that I need to find that receipt as well, and as I started looking for it in my room, I got disgusted about it and changed my mind about bringing the book to dinner with me. I brought one of my magazines instead. Ugh! Being Black in the USA means being born under a cloud of suspicion.

Posted by Cyd Webster Beacham at 2:50 PM No comments: